Long time no post! I am still writing but the nature of the work has changed. I've been publishing a weekly action/adventure/thriller serial on Amazon called "A Wolf On the Loose". 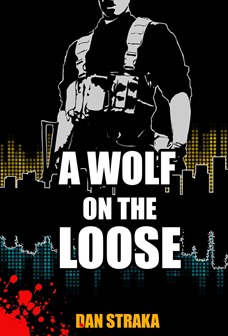 Every Monday has a new episode for free: A WOLF ON THE LOOSE

Here's the skinny: Amid struggling with his addictions, former Marine officer Andrew St George goes AWOL from his rich family and lavish lifestyle. He appears months later in Miami with one intent; convince his friend, Emilio Cortez, to start a Private Military Company with him. Having left the Corps after his brother was killed in a drive-by, Emilio’s been stuck working three jobs to support his extended family, all of whom he lives with in a small apartment. ​

While Andrew and Emilio enter into the security business looking for an escape from their civilian lives, both struggle with their demons. From the slums of Miami, the glitzy South Beach nightlife, to Cartel controlled Mexico, the boys will learn that despite their best intentions, no one job is the same and that there are battles to be fought outside of war zones.
Posted by Dan Straka at 5:57 PM No comments: